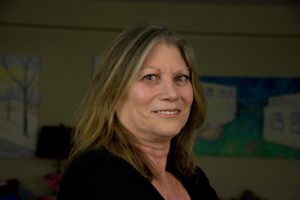 Rabbi Tamar Crystal is a Brooklyn native returning to her roots. After a long career in theatre and media, she became a communications specialist and then Executive Director for non-profit agencies including Hadassah, The Jewish National Fund and JACS (Jewish Alcoholics, Chemically Dependent Persons and Significant Others).  In  that last capacity she lectured and created workshops for many Jewish and interfaith institutions including seminaries, congregations, universities and institutions here and in Israel.

An interest in Jewish music and service as a lay cantor eventually broadened into an increasing interest in Jewish text and philosophy. She choose to affiliate with the 60 year old Academy for Jewish Religion in New York because of its dual emphasis on scholarship and working with those from all denominations within Judaism. Under its auspices she also studied at Machon Schecter in Israel and The Pontisbonne Institute in Jerusalem.

Even before her ordination in 2000 Rabbi Crystal served for several years as the Rabbi of The Jewish Home and Hospital in New York and taught chaplaincy in Israel.

After ordination she dedicated her rabbinate to helping congregations for fixed periods of time reexamine their priorities and stabilize their communities. BRJC is the 7th community she has been privileged to work  with.

Rabbi Crystal was the founder of Dayenu, a support group for Jewish women affected by addiction which is presently on hiatus.

In addition to serving as Spiritual Leader of BRJC Rabbi Crystal is the Senior Chaplain, Seniors Services for the New York Board of Rabbis, working with 31 residential facilities in Manhattan and Westchester.

You can reach Rabbi Crystal by email: rabbi@brjc.org.